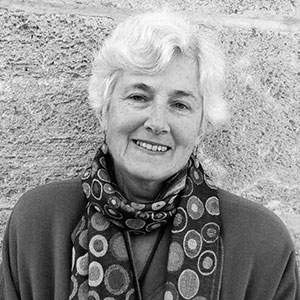 Diane Fahey is the author of thirteen poetry collections, most recently The Wing Collection: New & Selected Poems, The Stone Garden: Poems from Clare, A House by the River and November Journal. Her poetry features both distinctively Australian, and European, themes and settings, with an increasing focus on Ireland. Dominant concerns are: landscape and the natural world – birds in particular – Greek myths, fairy tales, visual art, and ‘life writing’. Diane Fahey has received a number of literary grants from the Literature Board of the Australia Council, the most recent in 2014 to support the writing of a poetry collection on the West of Ireland. In 2013 she was chosen to take part in Australian Poetry’s International Poetry Tour of Ireland. Past writing residencies have taken her to Venice; to ‘Varuna’, and Bundanon, in New South Wales; to the Hawthornden International Writers’ Centre in Scotland and the Tyrone Guthrie Centre in Ireland. She has been writer in residence at Ormond College, Melbourne, and the University of Adelaide. Among Diane Fahey’s poetry awards are the ACT Government’s Judith Wright Prize (for Sea Wall and River Light), the Newcastle Poetry Prize (for ‘Poem of Thanksgiving’), and the Wesley Michel Wright Award. Some of her books have been shortlisted for major literary awards – The Stone Garden: Poems from Clare for the Kenneth Slessor Poetry Prize of the 2014 NSW Premier’s Literary Awards, The Wing Collection: New & Selected Poems for  the 2012 Adelaide Festival of Arts’ John Bray Poetry Award. Mayflies in Amber was also shortlisted for John Bray Poetry Award, and Metamorphoses for the Kenneth Slessor Poetry Prize as well as for the Victorian Premier’s Award. Listening to a Far Sea was shortlisted for ‘The Age’ Book of the Year Poetry Prize.